Muay Thai, otherwise known as Thai boxing. Thai national sport. The best boxers enjoy fame in Thailand and have a similar status as footballers in Europe or South America. Like in kick-boxing, apart from the fist, legs are also used. In Muay Thai, elbows and knees are also used.

In Bangkok there are 2 stadiums where you can watch boxing fights. Rajadamnern and Lumpinee. Duels at both stadiums are considered the most prestigious in the world in Thai boxing. Rajadamnem (1945) is older than Lumpinee, who gained a new hall in 2014. Therefore, to feel the original atmosphere of fighting I chose the first one.

The fights take place here 4 times a week: Monday, Wednesday, Thursday and Sunday. Tickets are priced from 1000 to 2000 THB depending on the class of the place. The highest and the most expensive is the class right next to the ring itself. Only tourists choose it and we will not meet any local fans there. It is more interesting in the second and third class. They differ in that in the second you can sit on concrete platforms, and you have access to the bar, and the third class is separated from the second grid and to see something you must unfortunately stand in the crowd. A sensible compromise is therefore class 2, which I have chosen.

Tickets can be bought online (stadium website) and later picked up at the ticket office of the stadium. You will need a passport to buy a ticket.

Where is the Rajadamnern Stadium

It’s Located near old Bangkok area. Not so far from Khao San road or Grand Palace. If you are staying at other part of Bangkok First you need travel by BTS to Station: Ratchathewi, than catch the boat at Hua Chang Pier and take off at Phanfa Bridge. Then Follow the street in north direction.

More Things to do In Bangkok 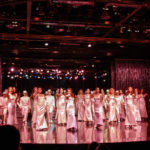 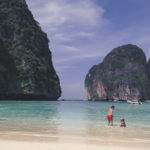