In the night between 31 of July and 1 of August, I and my couple friends are visiting the old, abandoned bunkers along the Bug River in eastern Poland. Exactly, village Moszczona Królewska, near city Siemiatycze. In the forest are hidden 14 bunkers. So in order to not to get lost, we prepared a map with coordinates of all bunkers. We took a flashlight and headlamps, ropes and climbing equipment, I also took my sj5000+ cam, samsung nx300 camera and power bank to record the entire trip.

The so-called Molotov Line was a system of border fortified regions built by the Soviet Union in the years 1940–1941 along its new western borders. These borders where the result of the Occupation of the Baltic States, Eastern Poland and Bessarabia in 1940.

The line stretched from the Baltic Sea to the Carpathian Mountains. It was made up of thirteen fortified regions, most covering about 100 km of the border. It was a part of the larger Soviet defence network along its western borders, stretching from the Arctic Ocean to the Black Sea.

Each fortified region (in Russian ukreplennyi raion, or UR) consisted of a large number of concrete bunkers (pillboxes) armed with machineguns, antitank guns and artillery. The bunkers were built in groups for mutual support, each group forming a centre of resistance. A dedicated military unit was permanently assigned to man each region.

When Nazi Germany attacked the Soviet Union on June 22, 1941 during the course of Operation Barbarossa, most of the line was not yet finished, and hence posed a negligible obstacle to the invading forces. Only the four southernmost regions, partly completed, were able to hamper the advance of the Wehrmacht for a few days. (The Brest Fortress resisted much longer, but it was an older fortification technically not part of the Molotov line).

The ruins of these fortifications, many of them well preserved, can be found today in Lithuania, Poland, Belarus and Ukraine. The modern borders are somewhat different from the borders in 1941, and hence some sections of the line do not lie in border zones and are easily accessible. On the other hand, other sections do lie right along the modern Polish-Ukrainian, Polish-Belarusian and Lithuanian-Russian borders, so access to them may still be restricted for reasons of border security.

Entering the bunkers without adequate protection is very dangerous. On the ground is full of holes, which can fall and in the best case, break a leg, worse: fall 2 floors down into the rubble or wells. Bunkers not quite turned out to be abandoned. We met some bats. But they were furious at us for a night visit, so we tried to not irritate them.

The bunkers are part of the game known as geocaching. In each bunker should be a message with the coordinates to the next bunker. Unfortunately, the message disappeared and we were able to find only one of them. However, thanks to previously prepared maps, we found all the bunkers and found the cache hidden in the last bunker.

Here you can find our Endomondo track from trip. It shows the 15 km route.

And shorted video from the trip 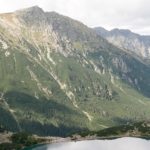